In "The Influence of Peer Culture on Identity Development in College Students" (Journal of College & Character, vol. 21, no. 4, November 2020), this quarter's JCC Focus Author Kristen A. Renn from Michigan State University examines peer culture as an enduring influence on college student values, beliefs, and behaviors. She argues that while educators may not be able to change peer culture and its influences, they can understand how to engage with formal and informal peer cultures to facilitate positive outcomes while minimizing negative ones.

1. College peer culture is, in part, the creation of students who want to escape the confinements and restrictions imposed by college administrators and faculty. Why should college educators seek to intrude into this private domain of students’ lives?

Most of the time, there’s no problem with leaving college peer culture to its constituents. Good things can happen there: People try out new ideas and explore identities, they learn what it feels like to make new friends and maintain relationships, they make non-dangerous mistakes and figure out how to recover from them. Generational characteristics (Boomers, X, Millennial, Z/Centennial) play out in college peer cultures, and sometimes lifelong friendships are forged in the spaces where peer culture reigns.

But sometimes peer culture promotes dangerous behaviors, such as abusing alcohol and other drugs, or attitudes that lead to committing sexual assault or other violence. Attempting to intervene in peer culture to interrupt dangerous behaviors and attitudes related to harm is, I would argue, imperative. Not attempting to intervene, in fact, seems negligent in these cases. Public health, such as behavior during the COVID pandemic, and bias-related harm fall in this category as well. 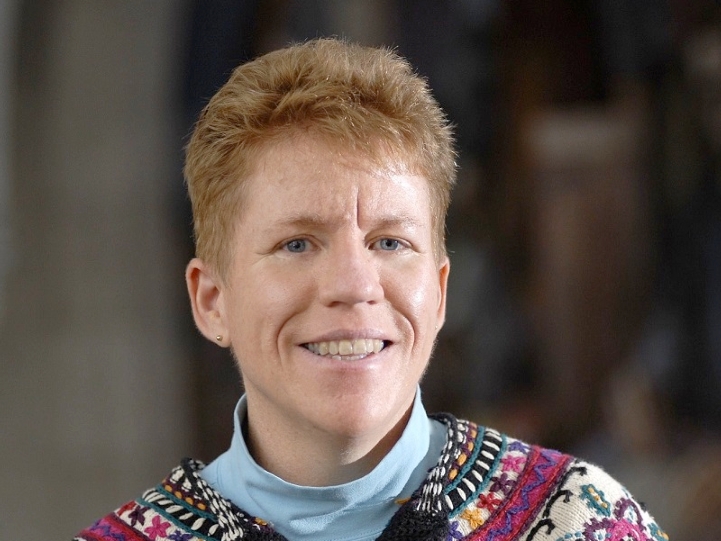 Less dangerously, peer culture may promote attitudes that do not support student success. For example, on a campus that was undertaking a “Finish-in-Four” completion campaign, an unofficial (but common) t-shirt proclaimed “Graduating in Four Years is Like Leaving the Party at 10 pm.” It’s not dangerous to stay in college more than four years, but the effects of extending one’s undergraduate years are more deleterious for some students than for others and thus perhaps worth interrupting the forces of peer culture. Some “light touch” strategies, such as social media campaigns initiated by administrators but designed by and for peers, might be in order. I would argue that other undesirable attitudes and behaviors that might bear some intervention include

2. What are some points of leverage educators can utilize to influence in positive ways the impact of college peer culture?

Health educators have long used social marketing to help college students understand facts, not myths, about how much their peers use alcohol and other drugs, for example, or engage in sexual activity. There have been lots of news stories about campuses using student “ambassadors” to educate peers about mask-wearing during the COVID pandemic, based on the assumption that students are more likely to listen to their peers than to (yet another) non-student hectoring them about the public health value of face coverings.

Beyond influencing student behaviors, educators might think about how to engage college peer culture to draw attention to curricular, cultural, or values-based topics. Teams of trained peers who can facilitate discussions on academic majors and future careers might help introduce students who haven’t selected a major yet, opening opportunities to diversify majors that have traditionally attracted homogeneous student populations. There is evidence that peer facilitators of interfaith and inter-racial dialogue groups are effective in influencing peers to undertake these “difficult dialogues.” Informal peer culture, such as that which exists on a residence hall floor, might be activated to promote a culture of caring for fellow students at times that are known to be challenging – perhaps at the first midterm exam on the first-year engineering floor, or the day sorority membership bids will go out on a floor with high participation in recruitment, or when events outside campus, such as the George Floyd’s murder in May 2020 in Minneapolis, heighten awareness of racism and White supremacy. College students can learn how to express care for one another in ways that they may not have done before, and educators can engage with students to promote positive cultures and behaviors.

3. Describe what you mean by “micro-systems” of college peer culture.

A number of identity development models relate the importance of both internal identity and membership in a group of others who share that identity. In these models, acceptance by the group is a key aspect in developing identity. So when a student feels excluded from peer culture, like they don’t belong, they lack access to one of the key contexts for identity exploration and commitment. There are also times when feeling different – perhaps as though one doesn’t belong with a particular group – can also be a prompt for identity exploration that leads to positive development. That said, it is important that there is another space within the wider peer culture where one feels a sense of belonging. Finally, one does not have to find a group of like-others in order to have a sense of belonging in peer culture; a college student peer culture that has open, porous boundaries and welcomes individuals with any identity or background can provide support even to those students who find themselves one-of-a-kind. This sort of welcoming peer culture may be especially important at smaller institutions, where it is more likely that students may find themselves as the only, or one of a few, peers with a given identity, background, ideology, or commitments. 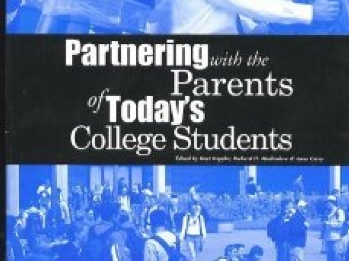 Partnering with the Parents of Today's College Students 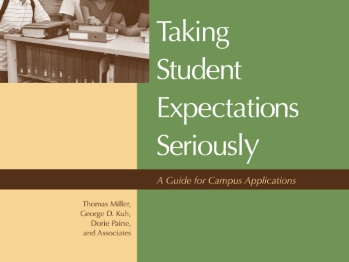