On January 6, 2021, rioters stormed the United States Capitol in an insurrection. The mob’s goal was to prevent the completion of the certification of the victory by Joe Biden in the Electoral College by the U.S. Congress. Like many others, I was shocked, horrified, and disgusted by what I saw. I could not believe that anyone would think engaging in this kind of behavior was in any way appropriate. I asked myself, “If you consider yourself a true patriot, why would you ever engage in an act of insurrection?”

In the aftermath of the riot, I, along with others, tried to make sense of the carnage. Many reasons were given for the 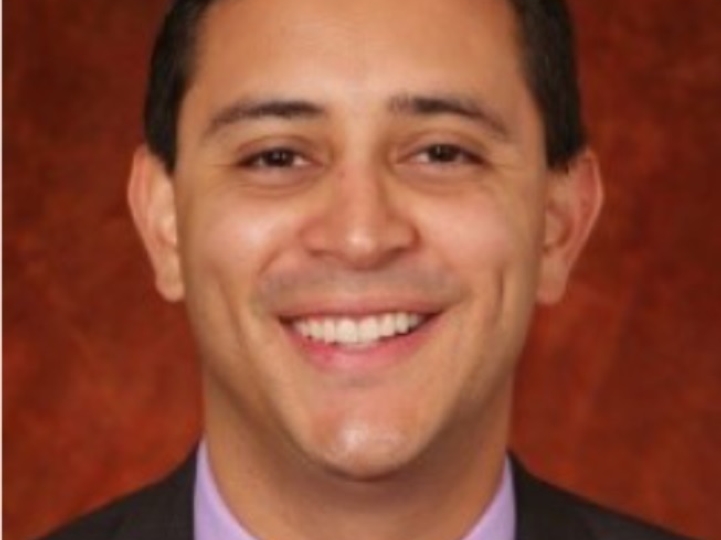 mob’s motivation, and while many of those reasons held portions of the truth, one of the contributing factors was the consumption of disinformation by the mob. The sources of the disinformation were plentiful: social media, cable news, and radical websites, to name a few. The rioters had become radicalized, spurring them into heinous and cowardly acts of evil.

Just two weeks after that event, Joseph Biden was inaugurated as the 46th President of the United States. Due to the pandemic, Mr. Biden’s election had in part been secured thanks to his campaign’s extensive efforts in engaging constituents via various digital platforms and virtual events. Most of the inaugural events that followed Mr. Biden’s swearing in were reconceptualized to be facilitated in a virtual way.

As part of the run up to the U.S. presidential election in November 2020, there was much conversation about the role that social media and online forums would play in how people would understand and perceive relevant issues and the dynamics of the race. Additionally, many social media companies implemented strategies to limit the amount of disinformation that would be distributed via their platforms (in my small opinion, the jury is still out on how well these companies block the dissemination of lies and half-truths). The conversations about the role of social media and other digital spaces in democratic institutions emphasized the evolving nature of technology in the creation and evolution of civic identities.

Among the many lessons learned from both the assault on the Capitol and the inauguration of President Biden, one thing that stuck out to me was that civic education and social discourse occurs more consistently and passionately in digital spaces now than at any other time in our history. Ten years ago, it would have been unimaginable to have many consequential acts of governmental work, such as senate confirmation hearings or swearing ins, occur in a digital or electronic format; now, the pandemic has required important work be facilitated in a virtual way. Much of the logistics associated with the riot were also coordinated in advanced using a digital setting. These cascading events made me realize that the future of democracy and how civic engagement is both taught and enacted lies in a digital horizon.

Many higher education practitioners believe, deservedly so, that it is a moral obligation for higher education institutions and professionals to teach students how to engage in democratic processes. As higher education professionals continue to conceptualize how to do so, including the various ways democracy can be realized through digital media is an imperative aspect of that education. Helping students understand what appropriate and inappropriate civic engagement looks like is essential to shaping a future generation of citizens.

It is also worth noting that part of the conversation around digital citizenship includes concerns regarding free speech. How the First Amendment of the U.S. Constitution is applicable and interpreted in higher education institutions, particularly on social media platforms, continues to burgeon as a complex issue for professionals to manage. How do higher education professionals help students freely express themselves regarding issues of civic and social importance in a respectful manner?

Engaging respectfully in digital spaces does not mean we teach students appeasement, or what some call respectability politics. It means helping students understand how to use and amplify their voice, to be willing to listen to the opinions of others (even when that opinion is difficult to hear), and to know when dialogue is not possible. This does not mean higher education professionals should teach students to tolerate disrespect or hate, but having a conversation on what hate speech is, what it looks like, and how to address it in a responsible manner are critical to creating an environment, whether on a digital platform or in-person, where all forms of civic engagement and free expression are included and valued.

As a practitioner, there are a few tips I keep in mind when working with students on free speech and civic engagement issues. First, I do my best to stay as informed as possible on issues that are relevant to students. Doing so requires an occasional scan of news headlines, reviewing my own social media (admittedly, I do not have enough knowledge about all of the different platforms where information gets shared), and talking to colleagues. This allows me to get a sense of what conversations may happen. When talking to students, I am happy to engage in a conversation where we each share our personal beliefs, but I am careful not to respond in a way that seems to pass judgment on their opinions. I try in as objective a manner as possible to help them see how I formed my beliefs and what other perspectives on any particular issue might be. I also spend time on my own after a conversation reflecting and asking myself what gaps in my knowledge there might be and how to fill them. Finally, I think about how then I can translate that knowledge, if I am so inclined and believe it appropriate to do so, to a digital space.

To create the democracy we want, we have to work for it. That work includes engaging in digital spaces and helping to teach our students how to do so as well. I believe that is a strong start to a more perfect union.