NASPA's first issue guide, Free Speech and the Inclusive Campus: How Do We Foster the Campus Community We Want?, is now available online! The research involved in developing the guide included interviews and conversations with campus stakeholders who have multiple perspectives; the initial drafts were reviewed by individuals with direct experience in student affairs and higher education.

The United States is becoming increasingly diverse and more polarized as we struggle to address complex public problems such as immigration, health care, economic inequality, and America’s role in the world (Pew Research Center, 2017). As public trust in our political system waivers, U.S. college campuses are grappling with issues of inclusion, diversity, and freedom of speech (Rainie, Keeter, & Perrin, 2019). Conversations about free speech on campus are often framed in opposition to diversity and inclusion and have spawned controversies, protests, and even violence. In 2017, a much-cited survey of more than 3,000 college students conducted by Gallup and the John S. and James L. Knight Foundation presented diversity and inclusion as directly opposite free speech, asking students which issues they felt were more important; 53% chose inclusion and 46% chose free speech (see Figure 1; Knight Foundation, 2018). In today’s contentious and divided political environment, what should colleges and universities do to meet the roles and responsibilities of higher education to foster the campus community we want?

While the guide is informed by conversations with hundreds of student affairs professionals, special thanks are due to those who helped guide its creation:

Today, as colleges and universities face wavering public trust and state investment in their missions, those who question the purpose of higher education—and the responsibility colleges and universities have to their students and communities—might focus their crosshairs on Fraternity and Sorority Life (FSL), especially as campuses center on issues such as mental health, sexual assault, race, equity, inclusion, and marginalized student populations. Where does FSL fit in these growing issues in higher education?

The project team for the Fraternity and Sorority Life issue guide is:

Join us for upcoming events!

Concern Gathering: The Role of Institutions in Addressing Racial Inequity

Why is NASPA creating issue guides for deliberative dialogue?

In recent years, higher education institutions have seen dramatic increases in polarization on campus. Democratic deliberation is an important civic literacy skill with have applications across institutions of higher education, including in classrooms and student organizations. Participants in deliberative dialogue forums practice approaches to building understanding across differences and developing a shared, or common, purpose. The skills and model of deliberative dialogue translate to a variety of “wicked problems” that campus communities face.

What issues will NASPA create issue guides about?

NASPA has created issue guides on Free Speech and Fraternity and Sorority Life, and is in the process of creating a third guide on the Institution's Role in Addressing Racial Inequity.

How long does it take to create an issue guide?

The work for each guide takes about a year, though this sometimes depends based on the subject matter.

What is the full process for creating an issue guide?

The NASPA Issue Guides are created by a core planning team consisting of NASPA staff and members which works together to engage in community-based research and development of each guide. The team will:

What is “concern gathering”?

Concern gathering is a term used by the Kettering Foundation to describe a process for naming and framing issues that exist in communities where there isn’t a clear “right” answer or direction. It’s the first step in developing an issue guide and designed to be a way of surfacing and collecting the voices of those across the community (in our case, the broader community of student affairs professionals) about a particular topic.

Who should participate in concern gathering?

In order to hear from as many student affairs professionals as possible, NASPA will hold at least six concern gathering sessions for each issue guide. Many of these sessions will be held virtually so that we can hear from those who aren’t able to travel to one of our conferences. The intent is to hear not only from those professionals who are working directly with a given topic or issue but also those in other areas across campus or even at campuses who don’t have strong involvement with a given topic or issue but have thoughts about their role in higher education spaces in general.

Is concern gathering about airing grievances?

No. The format for concern gathering is broad-based – we’re not looking specifically for negative aspects related to a given topic or issue, but also where people see how some of the opportunities around a topic or issue on campus and within students experiences that may not be getting the attention they deserve. Depending on the conversations that come up during concern gathering, we may, for instance, end up focusing an issue guide on how campuses can best promote and expand those positive contributions in the face of some of the more “headline grabbing” incidents. We won’t know for sure what the focus of the guide will be until we hear from the community during the sessions, though, so it’s hard at the start to be more specific.

What happens after the concern gathering sessions?

Following the concern gathering phase, the issue guide team will meet to begin identifying issues and values that surfaced during these sessions. They will review all the notes and try to group concerns by a core underlying value that seems to be expressed by the concern. By focusing on the underlying values, the team will be better able to identify possible options for future forum participants to consider, along with their attendant benefits and trade-offs. Our ultimate goal is to create an issue guide around this topic to assist colleagues in navigating conversations around these issues on their own campus.

Were you a participant or a moderator for a forum using a NASPA issue guide? please fill out a questionnaire below to help us evaluate how the guides are being used and identify topics for future issue guides! 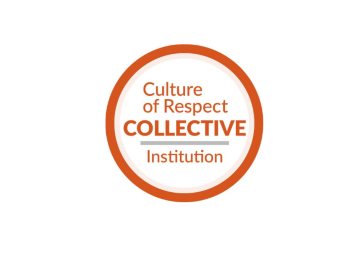