In meetings with the Veterans Knowledge Community and then the Veterans Research Committee during 2020-2021, one topic kept coming up—higher education spends an incredible amount of financial and personnel resources doing things that front-line personnel do not see any real value in. Specifically to those working with student veterans, that came up about rankings like Viqtory Media’s “Military Friendly” or U.S. News Best Colleges for Veterans lists. Those working directly with student veterans reported seeing very little value in them or return on investment to recruiting more student veterans; however, they were required to pursue them by higher-level administrators.

So, what makes these lists so attractive to senior administrators? First, they just sound great. While veterans were largely seen in a negative light after the Vietnam Conflict, they are extremely popular today. The vast majority of people in the United States, regardless of their positioning on the political spectrum, are pro-veteran. Thus, having designations like “Military Friendly” looks good to donors and makes people affiliated with the institution generally feel good. Second, they are disconnected from work it takes to complete those surveys, as disaggregating student veteran data and divergent reporting timelines can easily take an inordinate amount of time away from actually serving student veterans. Third, they assume there is a return on that time investment (as well as many of the rankings requiring you to pay to use their badge or logo).

That final point is especially concerning. Is there even a return on investment from this, or would there be more of a return if personnel were focused on assessing their students’ needs and providing the specific support they were looking for? Even more broadly, what factors do student veterans see as most important when choosing an institution to attend? If the rankings are actually valuable, there would be little opposition to them.

My colleagues and I launched a study to try and answer those questions, by talking to current or recent student veterans. [Note: This IRB-approved study is ongoing.] While the study is ongoing and results are preliminary, those initial findings support the hypothesis that arose from conversations in the Veterans Knowledge Community. On a scale of 1-5 where 1 is “not important at all” and 5 is “extremely important,” several areas stood out.

The substance of what is provided by an institution and the service supporting that were far more important in the marketing and recruitment phases for student veterans than rankings / lists, which were rated near total unimportance. While the findings are preliminary, it seems that institutions would be better off not investing financial and personnel resources to provide even better services / supports rather than into rankings / lists.

More broadly than just student veterans, two thoughts have come to my mind throughout this study. (1) How much time and money do we spend signaling support for identity groups rather than actually supporting them with those resources? (2) Why don’t we listen more closely to the people doing the work at the front lines of higher education? 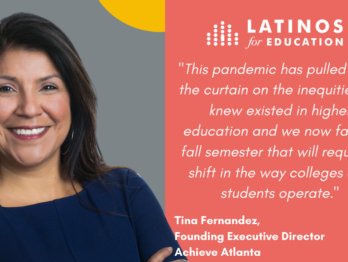