The NASPA Latinx/a/o Knowledge Community (LKC) strives to support the research and share stories of colleagues who are engaged in scholastic work, especially those who focus on Latinx/a/o educational issues. This year, the LKC co-chairs are highlighting the strength, resiliency, and tenacious nature of mujeres in the field who deliberately and wholeheartedly embrace both motherhood and their professional roles as scholars (#LatinaMamiScholar). We would love to feature your story on the NASPA LKC Scholars Corner!

Krista L. Cortes is a doctoral candidate at the UC Berkeley Graduate School of Education who positions herself as a scholar of AfroLatinidad and learning with an explicit focus on blackness. She seeks to do research that is consequential and transformative for those who have been historically oppressed and marginalized in university settings. Her larger research agenda takes up the question - what do black-affirming educational spaces look like for AfroLatinx youth? Through her documentation of the teaching and learning of blackness within AfroPuerto Rican communities her work moves scholarship beyond notions of racial performativity and authenticity, towards robust theories of racial learning and identity development. 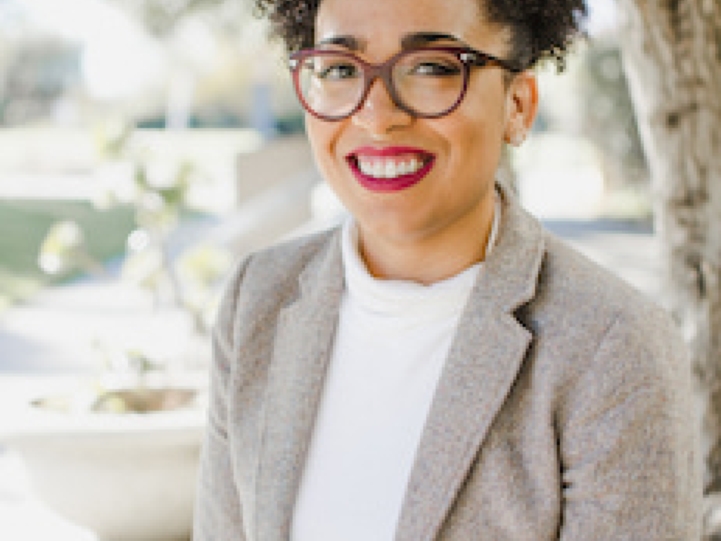 Visions from an AfroLatinaMamiScholar: Reshaping the Realities of Mothering at the University

It was the Friday before the start of winter break. Our last research team meeting of the semester had just ended and the graduate students lingered, picking up their things and exchanging well wishes. As is par for the course at this time of year, a question was posed to those of us who remained – “do you plan to work over break or actually take a break?” The end of the question was followed by a slight chuckle as if to suggest that actually taking a break was so far from reality it was funny. Folks began to chime in about their plans to build in work time around their travel plans, lofty goals to complete unfinished writing projects before returning for the spring semester, and even a few thought they could get ahead on their goals by the start of the new year. I exchanged looks with other parent in the room, a post-doc who managed the research project. After the other graduate students had shared, attention turned to me, the only person who had yet to speak. I was faced with a dilemma I find myself in often, whether or not to mention my child. In an effort to be a part of the conversation I spoke my truth, “I plan to take a break, because I have to, today is the last day my son has school until early January so I will be spending my days caring for him.” I received looks of acknowledgement from my colleagues that I had spoken, but they quickly went back to discussing the many ways they would be working over the break. I left the room with a feeling I often carry with me - am I doing enough? But I did not dwell on this thought long, as it was getting late and I needed to pick my son up from school.

My son and I boarded a plane from San Francisco to Austin to attend a conference. Simultaneously, my mother left from New York to meet us there to help care for him while I participated in the conference activities. I was excited to attend this conference because I would be surrounded by scholars in my field whose work inspires my own. I was sitting in the business meeting waiting for it to start when in walked a man and his son. They sat in the corner near the back and settled in as the speaker approached the podium. The business meeting proceeded as one might expect – a review of the financial state of the organization, acknowledgements of those who helped organize the event, and a discussion about plans for the next conference. Once all of this “old business” was addressed there was a call for “new business.” Someone stood up to ask a question that caught the room off-guard, including myself – “What is the organization doing in order to ensure childcare will be provided at the next conference?” The person facilitating the meeting was initially at a loss for words. Once he found them, he expressed a paternalistic view of the responsibility of the organization to its members, accompanied by a laundry list of reasons regarding why providing childcare was not in the interest, nor in the realm of possibility for the organization. The person who asked the question engaged in a back and forth with the facilitator, suggesting a multitude of ways the organization could make childcare available, including by offering her own legal expertise and knowledge of the conference location to help make it happen. The man and his son became the example for the necessity of providing childcare. Despite these attempts to move forward, the organization’s representative remained skeptical and seemingly closed off to finding a solution. I wondered how many more of us had brought our children with us or had struggled to set up childcare to be in attendance. Our silence was loud, but I could feel our collective fury.

I have shared these experiences to offer a glimpse of what it is like navigating academic spaces as an AfroLatinaMamiScholar. Interactions like these are far too common. I have found that my fellow graduate students, without children of their own, cannot understand or relate to my experience as a graduate student parent. Faculty who have children try to empathize, but burdened by their own loads and a lack of knowledge, they remain unaware of the unique challenges students face today. Add into that equation my identity as an AfroLatina and the number of individuals who can understand based upon their own first-hand experience are even fewer. As a Latina of African-descent, I am the only one in my department and acutely aware of that fact. I feel an enormous amount of pressure to produce a stellar dissertation and secure a noteworthy postdoc or tenure-track position. Yet, the realities of being a parent means that the road to such things is bumpy, with many turns, and often does not lead to where I expect it will.

I embrace mothering and feel privileged to have a little person that I can learn and explore the world with. It is not lost on me, however, that I have seen far more men, with or without children, getting better preparation and opportunities than women. I cannot help but wonder how my identity as an AfroLatinaMami taints faculty members’ views of me as a scholar; the ways unconscious bias seeps into expectations and subsequent decisions around mentoring. I am grateful for spaces like this one that allow us to have honest conversations about the realities of being (Afro)LatinaMamiScholars and where we can educate, encourage, and find solutions to make academic spaces welcoming for the lifestyles of scholar parents. I believe this begins with having sustainable models of what LatinaMamiScholaring looks like. I would like to see more LatinaMamiScholars sharing practices for how they guard their time, maintain a work/life balance, and confront bias. A profession like higher education needs to be at the frontline for creating cultures that embrace parenting, particularly mothering, by Latinas who make up only 4% of tenured/tenure-track faculty and Black women who comprise just 3%. I hope that we can continue to push on this issue until changes are made to make academia inclusive for LatinaMamiScholars at all levels.

My vision for inclusivity requires reshaping the realities of mothering at the university. There should be structures in place that support mothers and encourage them to embrace their identity as MamiScholars. I dare to imagine a university that offers free or significantly subsidized campus-based short-term childcare so mothers can teach, attend meetings, or participate in events that happen after our children’s school days have ended. This new university would have multiple co-work/co-play spaces where parents could work while their children play supervised in an adjacent area. These spaces would speak to the university’s commitment to supporting both the mother and the scholar, while recognizing the challenges of finding and affording consistent childcare on a graduate student budget. In this same vein, I envision more monetary support in the way of travel awards made available multiple times per year so graduate student parents have the financial help to attend conferences with their children. These changes would allow graduate student parents, particularly LatinaMamiScholars, to be their full selves without having to choose between being a Mami or a Scholar.

Scholar's Corner: A letter from a #LatinaMamiScholar: Dear Younger Me 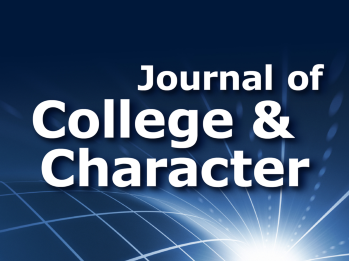 Latina Undergraduate Students in STEM: The Role of Religious Beliefs and STEM Identity