Where is the concept of properness taught; at home, in communities, at work or in classrooms? Where does the term “properness or proper” come from? Does one have to be from a privileged community to really understand the benefits of conforming to white societal norms? Why are folx still conforming to white norms - is it for survival? Maybe because higher education still operates as a system that continuously disenfranchises marginalized identities?

In our opinion properness is synonymous with professionalism, and both are rooted and wrapped in whiteness, repackaged as a professional or business brand, and then navigated for survival (physically, mentally, financially, emotionally, etc.) by folks of all communities, but felt more viscerally by folx of marginalized identities.

Properness is code switching and it isn’t just in language. It’s the act of changing your voice, behavior, dress, hair, etc. to make others feel comfortable. It’s a tool among the strengths of folks of color for survival in this system. Folks of color utilize this regarding survival in spaces by ‘dressing and speaking the part’, but are met with: “Come as you are” but only if you are not making others uncomfortable.

Shifting perspective - In higher education, particularly student affairs, there is a layer of ‘accepted wokeness’. We must recognize how we operate in spaces that say: “Be an advocate, but not too loudly. Be an activist, but do not push boundaries or rock the boat.” We must do the hard work. The ‘it wouldn’t be this difficult now if we were introspective and made visible changes before, instead of providing lip-service’ work. We know that we’re operating in a system that wasn’t built, and doesn’t operate, to support this kind of work. Not only is it work to question and push, it is work to maintain your programs and budget when they were structurally set up to make you fail at this work. You’re picking at a mountain with an axe.

In our thoughts, we aspire as student affairs professionals to do good work in these ways, and also recognize that we inherently cannot do it without deconstructing our systems and reconstructing them. The way that I have been given space to think about it has been framed as: “Making peace with that conflict or exiting”. This puts us in a place where we need to be surgical about survival, paycheck, and ‘what hills we can die on’. It’s beyond difficult to juxtapose your survival with why you got into this work, alongside of your social identities. And in reality, we also know many folks across the U.S. haven’t thought about it and won’t have to either because of their identities, or the structures within Higher Education. Even upon inspection of our educational structures and how they influence the greater confluence of education, Lori Patton (2016) stated “The teacher education literature is saturated with examples of students who are ill-prepared to enter the teaching profession and have little to no understanding of race” (p. 324), which further perpetuates this “racially-absent curriculum” and cycle. We also know this to be true of student affairs professional programs; look at the history and structure. We have work to do.

And with that even being known, we also know that these spaces are places of employment, and although we wish to operate in our values fully, our morality does not always necessitate our employers’ compliance with our personal threshold of what inclusion, diversity, and equity work looks like. So, a bigger conversation should be the admittance and transparency by institutions that ‘yes, some of our employees value these things, and we benefit wholly by saying we do, but our structures don’t support it, and we aren’t going to change’. This can be captured by Bell’s (1995, 2004) pieces on “interest convergence”, stating simply that unless a change will benefit the university, we would be remiss to assume that change will come beyond a symbolic statement. I would go a step further in interrogating what “benefit” looks like and arguing that this would indeed benefit institutions if their missions are to truly support diversity, equity, and inclusion work. One reason we often don’t see any change in this way was put well by Sefa Dei (1999) “Dominant group members are usually aware that any acknowledgement of complicity in racial subordination seriously compromises their positions of power and privilege” (p. 401).

Folks have been navigating this for a while now. I want you to let it soak in - reflect and absolve to change. I think where we want to take the conversation is how we’re having this conversation with people within our communities; home, work, relationships, etc. and how we’re strategically inserting dissonance, and standing resolute in our decisions to question and push. We must do this work.

Ricky Urgo (he/him/his) currently serves the University of Michigan community as a Hall Director. Ricky completed his BA, Psychology and Child Behavioral Services at Rowan University in Glassboro, NJ, and completed his M.S. Educational Leadership with an emphasis in Student Affairs at Mississippi State University. While completing his M.S., Ricky served as a Residence Director, and a researcher with both the Social Science Research Center and Educational Leadership department at MSU. Ricky's current projects and research interests are Leadership Education, Campus Climate, Social Media, Masculinity, Organizational Behavior, Socialization, Supervision, Social Justice, Transfer Students, HIPs, Whiteness, and Policy. He can be reached at rickurgo@gmail.com.

LaTecia Yarbrough (she/her/hers) currently serving as a Coordinator for Residential Education for both Rachel Carson and Oakes Colleges for the University of California, Santa Cruz. LaTecia completed her undergraduate degree with a BA in Communication, Public Relations. LaTecia received her M.S. Educational Leadership with an emphasis in Student Affairs from Mississippi State University (MSU). While completing her M.S., LaTecia served as a Residence Director and a researcher for the Educational Leadership department at MSU. LaTecia's current projects and research interests are Multiracial Identity Development, Campus Climate, Impacts of Mental Health at Research 1 Institutions, Access, Retention of ABC Identify Students, Faculty and Staff.

Opinions expressed in this blog are those of the author(s) and do not necessarily reflect the opinions of NASPA. If you agree or disagree with the content of this post, we encourage you to dialogue in the comment section below. NASPA reserves the right to remove any blog that is inaccurate or offensive. 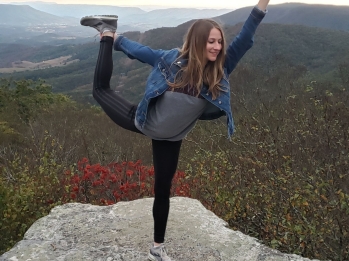