The following is an excerpt of “Developing the Strengths of Generation Z College Students­,” published in volume 20, issue 3 of the Journal of College and Character.

Generation Z, the postmillennial generation, has come to college. Their characteristics, motivations, and learning preferences, which differ from those of millennials, may require educators to rethink and redesign strengths-based education to ensure content and pedagogical approaches align with this new generation. This article offers suggestions for modifying existing strengths-based exercises as well as offering ideas for new exercises that specifically align with and leverage the capacities of Generation Z students.

When Gallup, Inc. introduced the StrengthsQuest program for college students in 2002 (Gallup, Inc., 2018b), it was the millennial cohort that comprised the traditional-age college population at the time (Seemiller & Grace, 2019). During the early 2000s, scholars and practitioners were conducting strengths-based research (e.g., Hodges & Harter, 2005; Schreiner, 2006) and developing lesson plans, curricula, and exercises for this group of students (e.g., Lopez & Louis, 2009; Stebleton, Storia, & Albecker, 2012). Millennial college students possessed characteristics, motivations, interests, and styles unique to their generation (Levine & Dean, 2012). Given that the post-millennial generation, Generation Z, comprises the current traditional-age college population, how might educators need to adapt strengths-based curricula they are using to better align with the characteristics, motivations, and learning preferences of this newest generational cohort?

Generation Z, born 1995 through 2010 (Seemiller & Grace, 2016), now comprises the entire traditional- age undergraduate college demographic. While there are students of all ages in college today, the overwhelming presence of Generation Z students in higher education is a call to educators to adapt and create programs, processes, and curricula that align with the characteristics, motivations, and learning preferences of this generation.

Millennials have been described as conventional, confident, sheltered, achieving, team-oriented, and pressured (Howe & Strauss, 2000). The primary characteristics of Generation Z, however, are different. In a study by Seemiller and Grace (2016), more than 70% of Generation Z college students identified with characteristics of loyalty, thoughtfulness, determination, compassion, open-mindedness, and responsibility. A study by Steele Flippin (2017) further found these students identified as eager, hardworking, creative, and motivated.

Unlike millennials who are motivated by financial reward and receiving feedback (Ng, Schweitzer, & Lyons, 2010), those in Generation Z have different motivations. For most, they strive to make a difference in the lives of others and follow through on commitments so as not to let others down (Seemiller & Grace, 2016). They are also motivated by being able to tap into their passions to advocate for something they believe in as well as see the progress of their own work (Seemiller & Grace, 2016). 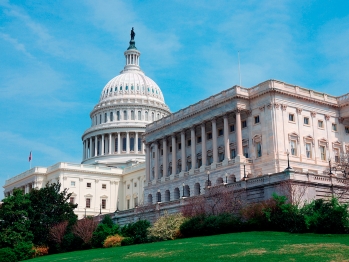