We are excited to share this piece with readers of the Journal of Women and Gender in Higher Education. The topic is especially timely and relevant given the ongoing discussions about immigration issues and women in STEM disciplines. This article has its roots in an extended study that Mike initiated in 2010, in which he and his research team interviewed over 100 recent foreign-born immigrant students at three U.S. universities in order to better understand their college experiences. At the time, little was known about the experiences of foreign-born immigrant students from a student development perspective.

When the two of us began working together, Mike and his co-authors had published several articles from the data but still felt that there was more to uncover given the breadth and richness of the interviews. Kate dug into the data and quickly noticed that many of the study participants were women pursuing STEM degrees. This naturally fit with Kate’s research interest in underrepresented student persistence in STEM. We realized that there was a lack of literature on women immigrant students in STEM at the college level. We both agreed that sharing the common themes that cut across these women’s experiences could provide new and useful information to student affairs practitioners and scholars.

All of the interview participants had both positive and negative STEM experiences that influenced the ways they saw themselves. We learned that their experiences overlapped with those of other underrepresented students in STEM, but also had aspects that were unique to their identities as immigrant women. Given the hostile environment around immigration that characterizes the current political moment in the United States, it is especially important now for higher education professionals, including student affairs practitioners, to focus on improving the ways in which they support immigrant college students, including women who are aspiring to enter the STEM professions. 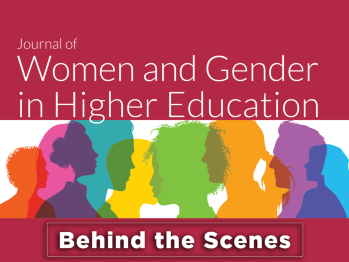 Behind the Scenes: My Kids Come First

A Thank You Letter from Your First Gen Student