The idea of going on Capitol Hill to advocate for DACA protections, push for Pell Grant expansions, and seek concrete guidance on-campus responsibilities for sexual violence prevention and response, was daunting from the onset. Add to that, day one of the impeachment hearings and a Presidential candidate who dropped out of the race the day before our first meeting in her Senate office. All of this made for a figurative 7.0 earthquake of a day on the Hill.

Media was everywhere, security was tighter than gubernatorial races in Florida or Georgia, and we still had a job to do. In the midst of what seemed like political chaos, our dedicated student affairs professionals team of four representing the Golden State of California went to work. After meetings with both California Senate offices and five Congressional offices, the team felt like we conquered the world. To walk away knowing that we took seven meetings with legislators responsible for the future of higher education, let alone our well-being as a country, a feeling of accomplishment illuminated through all of us. The adaptability, professionalism, and downright savvy of our team made the jitters in my stomach and the back of my throat dissipate as the morning began.

As the day progressed, our team realized the warning we received from NASPA leadership indicating that not every meeting will go as planned or be as productive as we would like, was not to be taken lightly. That said, the feedback from the vast majority of our meetings was meaningful and productive. We even received a few requests for a follow-up and more data points from us in an effort to further advocate for our institutions and secure a better higher education system for all of us.

I believe December 4, 2019, will go down in NASPA history as a day our team persevered in the face of uncertainty due to squarely centering our goal of ensuring everyone coming behind us including student affairs professionals, students, and dare I say, faculty members, are in a better place than where they started because we spoke up and spoke out. It was an honor and a privilege to advocate with Jason Conway, Veterans Counselor at Fullerton College, Benardo Dargan, Interim AVP and Dean of Students at California State Polytechnic University Pomona, and Katherine Patterson, Resident Advisor at San Diego State University.

If you are attending the 2020 NASPA Annual Conference and are interested in learning more about Hill Days and the ways in which advocacy skill development is transferable to your campus or institution, please consider attending the panel--NASPA Hill Days: Modeling Civic Engagement as Student Affairs Professionals, Tuesday, March 31 at 8 a.m. 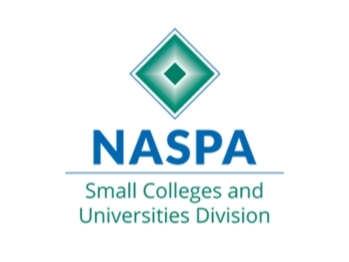