Hazing is a complex form of social ritual, and the myriad cultural issues it raises are not exclusive to specific types of student organizations or college campuses. We have seen hazing in our military, in professional sports teams, the workplace, and reflected in the movies and television shows.

Hazing culture can be unique to each incident, which means campus leaders are in the best position to take steps to have an impact on their campus. It’s important for legislation and policy designed to prevent hazing to recognize the need for campus leaders to be able to respond with flexibility, while also creating frameworks for sharing promising practices and transparency in tracking and responding to incidents.

Federal lawmakers have taken an interest in hazing prevention and response this Congress, introducing at least two bills designed to address cultures of hazing and provide support for campuses. More common is state legislation introduced following a high-profile incident or student death. So far in 2019, seven states[1] have passed laws related to hazing on college campuses with legislation introduced in nine more states.

Spurred by the advocacy of his parents following the death of Gary DeVercelly Jr., the “Report and Educate About Campus Hazing Act” (REACH Act) was first introduced in 2017 with bipartisan sponsorship. The REACH Act, a part of the House Democrat’s comprehensive Higher Education Act (HEA) reauthorization messaging bill, the Aim Higher Act, at the end of the 115th Congress, but neither bill moved forward before the end of the Congressional session. Reintroduced in the 116th Congress, HR 662/S 706 will likely be included in the House Democrat’s HEA reauthorization bill, expected early this fall.

The REACH Act creates a universal definition for hazing, an important piece of standardization that will enable comparing the impact of hazing in higher education. Though many states have laws regarding hazing, they do not all use the same definition or geographical boundaries to govern institutional responsibility. The REACH Act would define hazing as:

“any intentional, knowing, or reckless act committed by a student, or a former student, of an institution of higher education, whether individually or in concert with other persons, against another student (regardless of that student's willingness to participate), that—

“(I) was committed in connection with an initiation into, an affiliation with, or the maintenance of membership in, any organization that is affiliated with such institution of higher education (including any athletic team affiliated with that institution); and

The REACH Act adds hazing to the list of crimes that institutions would be required to report on in their annual disclosures under the Jeanne Clery Disclosure of Campus Security Policy and Campus Crime Statistics Act (Clery Act). By creating both a standardized definition for hazing and adding it to the list of Clery-required crimes, the REACH Act would create a way to document and respond to hazing across campuses and regions. A similar approach was taken with domestic violence, dating violence, and stalking, which were added to the list of Clery-required crimes under the Violence Against Women Reauthorization Act of 2013. Like many topics included in the required disclosures under the Clery Act, campuses would also be required to provide at least annual campus education and prevention programming for students.

The END ALL Hazing Act

The “Educational Notification and Disclosure of Actions risking Loss of Life by Hazing Act” (END ALL Hazing Act, HR 3267) introduced in the House this year, does not currently have a companion bill in the Senate. While the END ALL Hazing Act includes the same definition as the REACH Act, it does not include language requiring prevention education. Instead, the END ALL Hazing Act mirrors language in a Pennsylvania bill passed in 2018 and known as the Timothy J. Piazza Antihazing Law, which requires institutions to report all hazing allegations to campus and local law enforcement within 72 hours. The bill also does not link hazing incidents to the Clery Act or required disclosures but would require institutions to create a separate website that would identify student organizations disciplined by the institution for hazing incidents over the past 5 years.

In 2019, we saw 16 states introduced 24 pieces of legislation related to hazing with legislation passing in Florida (SB 1080), Louisiana (HB 443), Maine (HP 1254), Oregon (HB 2519), Texas (SB 38), Utah (HB 373), and West Virginia[2] (SB 1004). Additionally, legislation passed in Washington focused on hazing and bullying in elementary and secondary schools (SB 5689), which is notable because it also includes a requirement for schools to develop policies about trans students.

Most of the state legislation passed in 2019 focuses on clarifying the definition of hazing, adding explicit requirements that hazing incidents occurring on college campuses must be reported to local law enforcement and, in some cases, in an annual report to a governing body. The Florida bill, known as “Andrew’s Law”, is unusual. Passed following the death of Andrew Coffey during an initiation party for a Greek organization, Andrew’s Law extends prosecutorial discretion to bring charges against members of an organization for planning hazing activities, even if they are not present when hazing occurs. Additionally, while the bill includes good Samaritan protections for students who do intervene, it also allows for charges to be brought against students who do not intervene if they are bystanders to an incident. This is a broad extension of culpability over what exists in most states currently and it’s unclear yet how these sanctions may play out for students and institutions.

We tend to see an unfortunate pattern where states introduce legislation related to hazing following a specific tragedy or death of a student, such as the Piazza Law and Andrew’s Law. This can send the message that our colleges and universities will only act when forced. Higher education professionals, especially those working to address cultures of hazing at their institutions, should reach out to their campus leadership and government affairs staff to talk about how to work with state legislators about hazing on campus. Legislators are eager to protect students but are not as immersed in campus cultures and may not understand the nuance necessary to prevent and address hazing on individual campus. Higher education professionals can help craft legislation that would enable legislators to do so more comprehensively, in ways that will work with campus leadership.

Correction: A previous version of this post incorrected attributed the impetus for the REACH Act. This version has been corrected and we apologize for the error. 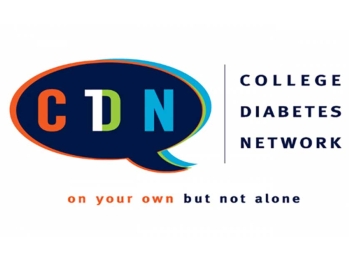